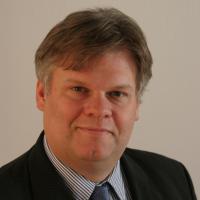 Malte Behrmann, 43, is a professor and independent attorney based in Berlin. He teaches management, communication and law at BBW Hochschule Berlin and lectures at Game Academy Berlin and at Valenciennes University in France regularly. Furthermore, he is currently supporting the European Game Developer Federation with his consultancy. After law studies in Bonn and Munich, Malte pursued Audiovisual Communication Management at Valenciennes University. He holds a PHD in Media Science, Humboldt University of Berlin. Malte has led legal & development affairs at Pix.Co and co-founded the German National Association of Game Developers where he served as political director for seven years. As General Secretary of the EGDF, he then represented game development issues to EU institutions for more than 10 years.